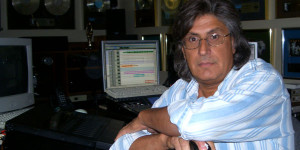 Bill Szawlowski is a musician, engineer, producer, and the founder of Ventura Digital Audio. Suzie Arioli, April Wine, Luc Plamondon, Oliver Jones, Frank Marino, Stanley Clarke, The Tea Party, are some of the artists Bill has had the pleasure of working with.

His career began in 1974 at Studio Tempo in Montreal. Owners Yves Lapierre, Francois Cousineau and Bernard Scott were happy to acknowledge his potential when Billboard magazine announced Bill as, “An up and coming engineer” and one to watch. Since that time he has worked with countless artists and record labels establishing himself as a highly respected individual in the entertainment industry. What quickly earned him the recognition, was his commitment to each project and his responsibility to both the record label and the artist.

"Today, each project creates an urgency, an urgency of breaking out an "unknown", just the process alone is immense. but the excitement of what will become of it, Perfect".

The following links will hopefully answer the question,

“What have you done?”